Looking forward to reading this thrilling novel by Lisa Amowitz! 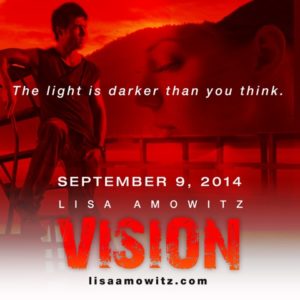 The light is darker than you think…

High school student Bobby Pendell already has his hands full—he works almost every night to support his disabled-vet father and gifted little brother. Then he meets the beautiful new girl in town, who just happens to be his boss’s daughter. Bobby has rules about that kind of thing. Nothing matters more than keeping his job.

When Bobby starts to get blinding migraines that come with scary, violent hallucinations, his livelihood is on the line. Soon, he must face the stunning possibility that the visions of murder are actually real. With his world going dark, Bobby is set on the trail of the serial killer terrorizing his small town. With everyone else convinced he’s the prime suspect, Bobby realizes that he, or the girl he loves, might be killer’s next victim. 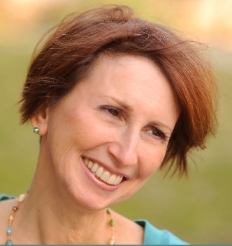 Lisa Amowitz was born in Queens and raised in the wilds of Long Island, New York where she climbed trees, thought small creatures lived under rocks and studied ant hills. And drew. A lot.

Lisa has been a professor of graphic design at  Bronx Community College where she has been tormenting and cajoling students for nearly eighteen years. She started writing eight years ago because she wanted something to illustrate, but somehow, instead ended up writing YA. Probably because her mind is too dark and twisted for small children.

BREAKING GLASS which was released July 9, 2013 from Spencer Hill Press, is her first published work. VISION, the first of the Finder series will be released in 2014 along with an unnamed sequel in the following year. LIFE AND BETH will also be released in the near future. So stay tuned because Lisa is very hyper and has to create stuff to stay alive.